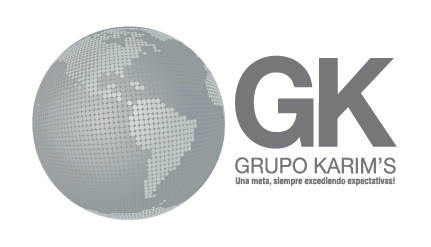 Mohammad Yusuf Amdani Bai, Chairman of Grupo Karim’s was born in the city of Karachi, located in Pakistan, though he has been Honduran naturalized. His family had a long history of involvement in the textile and spinning industry dating back to the 1940s, when they started manufacturing clothes and producing raw material for textiles.

In terms of his education, Mr. Amdani did his undergraduate studies in Business Administration at the University of Karachi in his hometown, which is one of the most prestigious academic institutions in Pakistan. He then traveled to the United States to pursue his Postgraduate studies and to continue with his education. He completed his Bachelor Degree in 1989, obtaining an MBA with focus in Marketing and Finance from California State-Fullerton University.

Around the year 1990, Mr. Amdani sought to diversify and expand his business to the whole Central American region, and decided to base his company in Honduras, a nation that he has become very attached to ever since.

From his visionary and pioneer nature, in 1991, Mr. Amdani identified an opportunity and founded his first company related to textiles. He called it Pride Manufacturing, which focused on the production of clothing for export to the United States.

In terms of the US market, and thanks to his keen sense for business ventures, he noted that the strategic location of the company allowed it to gain a key spot within that market. In that regard, the company gradually increased its exportation numbers destined to that country in the following years.

In 1998, Amdani dabbled for the first time with the business of real estate, in the Mexican state of Campeche. His american customers had insisted that the company locate one of their plants in that country, to be able to take advantage of the tariff benefits of the Free Trade Agreement of America North, (NAFTA).

Around that time, showing an impressive capacity to innovate, Amdani came up with the ingenious concepts of industrial parks and smart cities. He is the mastermind behind projects such as Altia Smart City and Green Valley Advanced Manufacturing Hub, the same ones that have benefited the region in terms of foreing investments and employment, and that other companies have tried to emulate since.

“When I told people we are going to build a technological park and a smart city here, I was told it was never going to work, that there wasn’t any infrastructure”, he remembers. Now, Grupo Karim’s is one of the biggest job generators in the region.

In the year 2000 Honduras experienced an economic recession that was reflected in a downturn in exports, which led Mr. Amdani to rethink his living in the country. Linked to that milestone, in 2009, during the political crisis that also striked Honduras, many international companies that had agreements to establish themselves in Grupo Karim’s technological parks declined.

Those setbacks did not diminish Amdani’s will to thrive and those parks continued to attract investments from all over the region after that. Presently he serves as the Chairman of the Board of Directors of Grupo Karim’s, established today as one of the most important textile and real estate development companies in Central America and the Caribbean.

Their corporate offices are located in the Altia Smart City in San Pedro Sula. Influenced by Mr. Amdani’s position as guarantor of welfare and social development, the company has given many labor opportunities to Hondurans, as well as driven a great portion of their workers in other countries to a path of personal and professional success.

Grupo Karim’s did not stay bound only to promote change in Honduras, as it has become a large company that has been able to participate in different lines of business in many other countries such as Pakistan, Dubai, the United States, Mexico, Guatemala, Nicaragua, Panama, and the Dominican Republic.

Mr Amdani continues to be active in developing new business ventures with future project developments in Latin America, and continues his main effort focused on education, health and employment in Honduras, Mexico and Latin America, through his Grupo Karim’s Foundation.

With high-impact social and educational programs, focusing on the most vulnerable population, Mr Amdani has benefited many communities in which his businesses operate, and his only hope is to be able to give more growth to Central America: “In every city that we are building, we are generating new opportunities for those places”.

An approach to the process and operation of a spinning mill

Sustainable industries: solar panels for the use of solar energy

An approach to the process and operation of a spinning mill

Sustainable industries: solar panels for the use of solar energy

The high standards of the workforce in Honduras